Data lineage connects the input and output data items of a computation.

A backward lineage query selects a subset of output records and asks “which input records contributed to these results?”

A forward lineage query selects a subset of input records and asks “which output records depend on these inputs?” 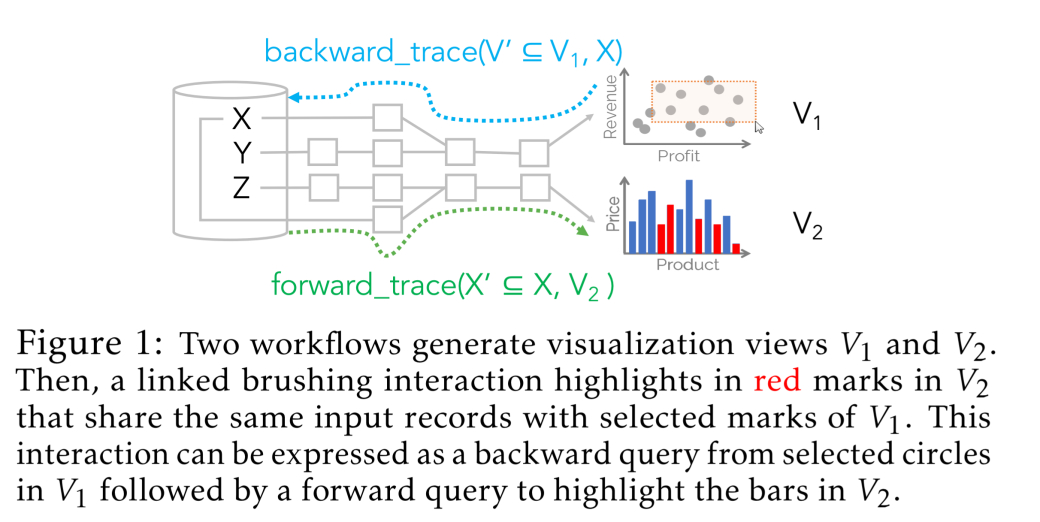 As data processing engines become faster, an important question —and the main focus of this paper— is whether it is possible to achieve the best of both worlds: negligible lineage capture overhead, as well as fast lineage query execution.

Smoke tries to achieve this with four principles: 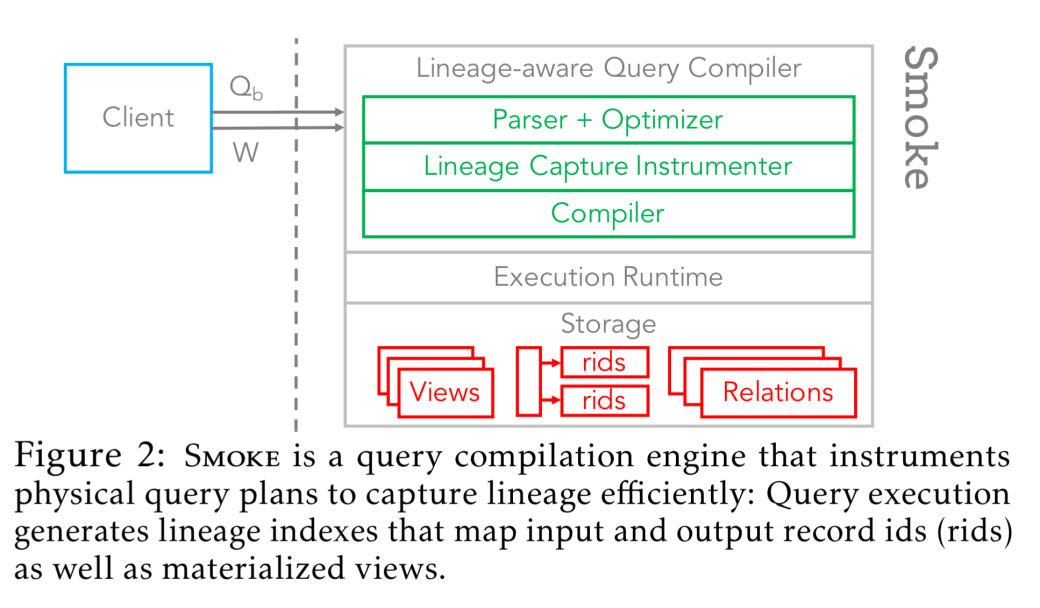 Index population achieved via tight integration of lineage capture and relation operator logic. Depending on the operator and circumstance, we use defer or inject strategy.

Inject incurs full cost of index generation during base query.

Defer defers (portions of) capture until after the query execution.

In multi-operator queries, Smoke propagates lineage information through such that only input and final output relations are emitted.

When set of lineage queries are known beforehand, Smoke can apply:

instrumentation pruning: disables capture for indexes not used in the workload

optimization push-down: for queries that apply summarization/aggregation before results