lineage: how an RDD was derived from other RDDs, used to rebuild in failure scenarios 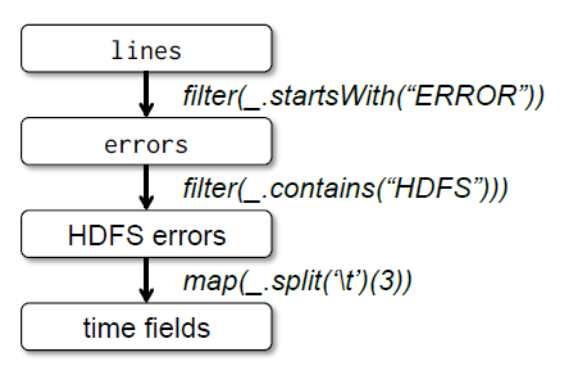 transformations: convert one RDD or a pair of RDDs to another RDD

wide dependencies: boundary between stages where one partition of the output depends on multiple partitions of some input (ex. groupByKey). Requires shuffle 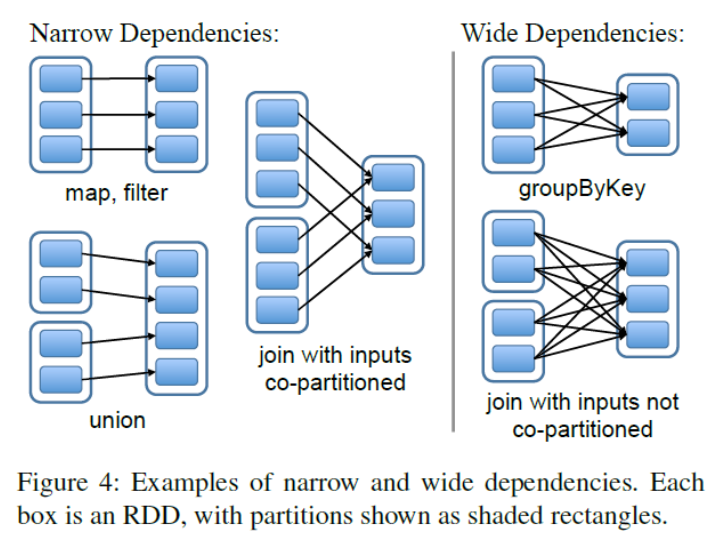 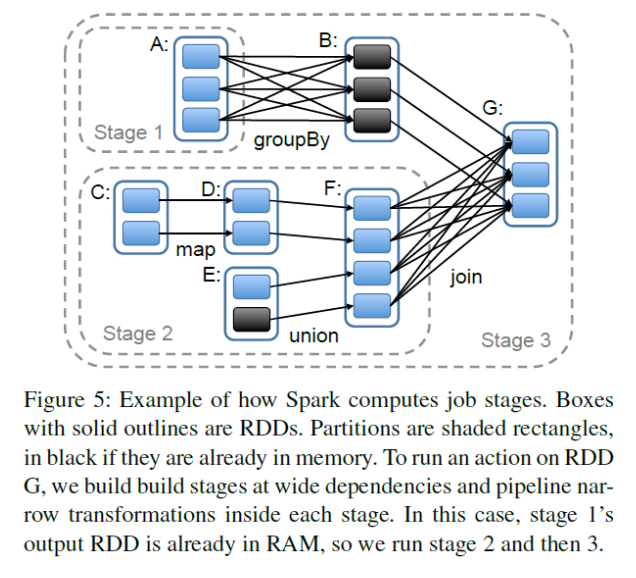 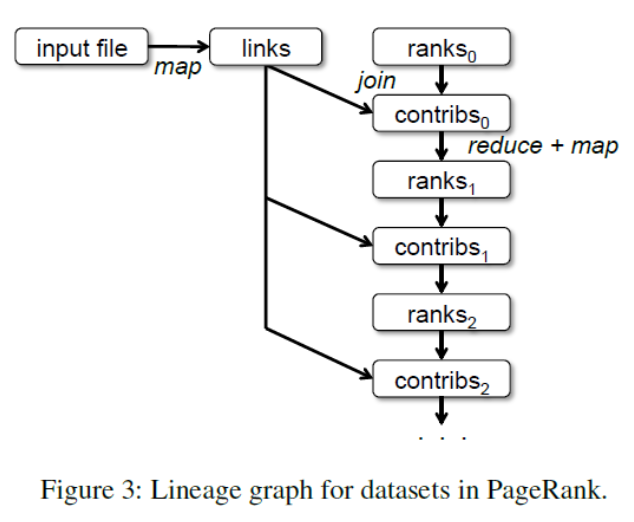 Computation organized into supersteps driven by the master. Workers communicate only between supersteps.

In each superstep the following can happen:

The execution stops when all vertices vote to halt.

sequential consistency: result of any execution is the same as if the operations by all processes on the data store were executed in some sequential order (as long as ordering within processes is preserved)

causal consistency: writes related by the “causally precedes” relation must be seen by all processes in the same order

linearizability: sequential consistency + if an operation A finishes before operation B begins, then A must precede B in the sequential order

eventual consistency: if no updates take place for a long time, all replicas eventually hold the same data

monotonic reads: if a process reads the value of a data item x, any successive read operations on x by the process returns the same value or a more recent value

read your own writes: the effect of a write operation by a process on data item x will always be seen by successive read operations on x by the process

remote write: primary replica is stationary and is updated remotely by other servers

Forcing updates through a primary replica makes it possible to implement strong consistency models but leads to performance bottlenecks and temporary loss of availability when primary fails.

write quorum: updates must be accepted by this number of replicas

This does not satisfy the rules of overlap for strict quorums and is called partial quorum.

To resolve write write conflicts, updates are tagged with timestamps and a resolution policy like last write wins is applied.

Reads and updates resolved using closest replica. A server receiving an update replies with ack to the client then propagates the update lazily to other replicas.

If a replica is unreachable it can be updated later using an anti-entropy mechanism. For example, periodicallly exchange hashes (merkle/hash trees) to detect discrepancies.

Related to dependability which implies:

failure: when a system cannot fulfill its promises

error: part of a system’s state that may lead to a failure

fault: cause of an error

transient: occur once and disappear (ex. bird flies in front of receiver)

crash failure: server halts, but works until it halts

safety property 2 (validity): if a process calls decide() with response v then some process invoked a call to propose(v)

liveness property: if a process calls propose(v) or decide() and does not fail then the call eventually terminates

An RPC service prints a message to the screen upon receiving a request from client.

The service handler can ack the request to the client before or after printing leading to different ordering of the events:

phase 2: coordinator examines votes and decides otucome. If all participants vote to commit then transaction is committed successfully. Otherwise aborted.

What if coordinator crashes?

What if participant and the coordinator both crash?

distributed snsapshot: collection of checkpoints across processes where the following is true: if the receive event for a message is in the snapshot then so is the corresponding send event

If most recent checkpoints taken by processes do not provide a recovery line, successively earlier checkpoints must be considered - domino effect (similar to cascading rollback). 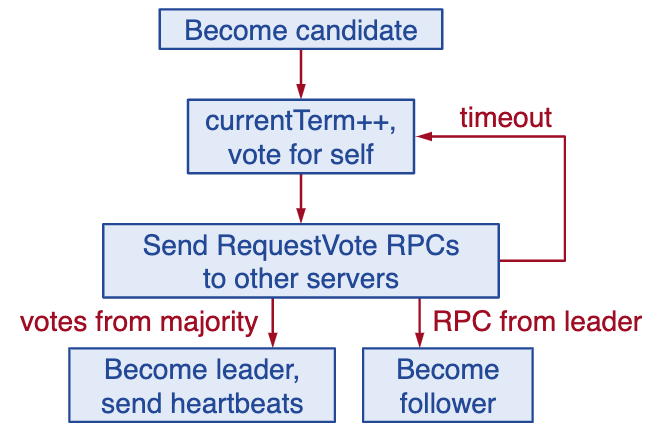 safety: allow at most one winner per term

liveness: some candidate must eventually win 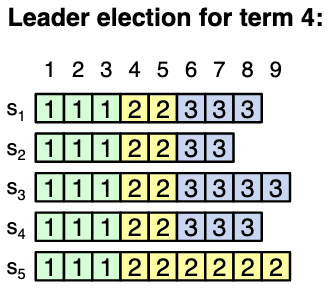 topic: stream of records, stored as a partitioned log

producer: pushes records to kafka brokers, chooses which parition to contact for a given topic

consumer: pulls records in batches from a Kafka broker, who advances the consumer’s offset within the topic

Two ways to implement the semantics of a stream

Changelog streams and tables are interchangeable 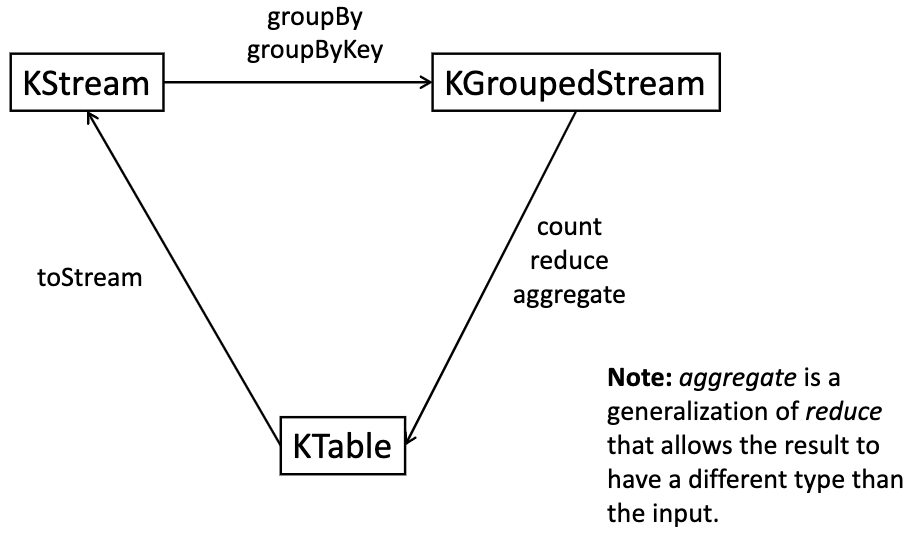 solar day: time interval between two consecutive transits of the sun (not constant, varies up to 16 mins) 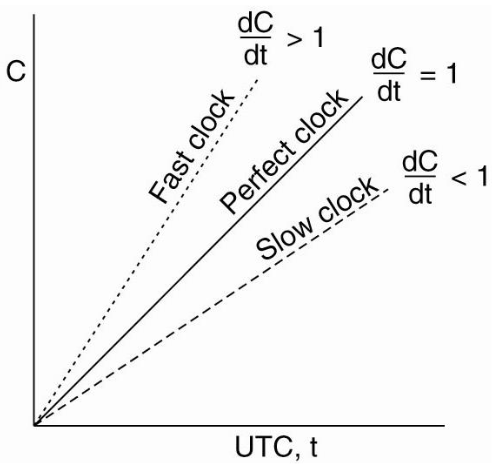 Client at host A polls server at host B:

happens before relation, denoted by \(\rightarrow\) is the transitive closure of: 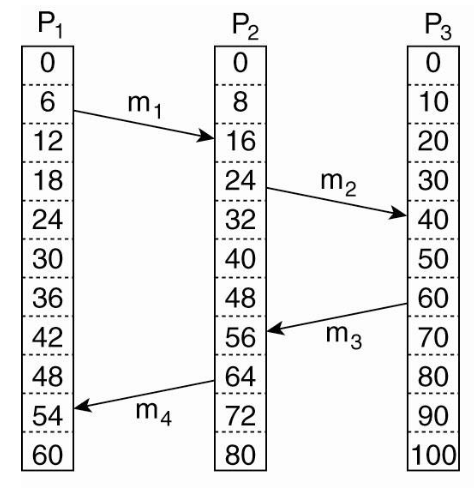 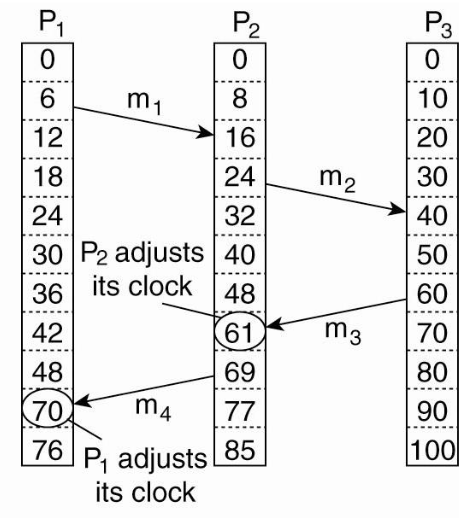 However \(C(a) \lt C(b)\) does not imply \(a \rightarrow b\), so Lamport clocks do not properly capture causality.

The receive event of \(m_1\) has lower logical time than the send event of \(m_2\), but the events happen simultaneously.

Each process \(P_i\) maintains a vector \(VC_i\) with the following properties: 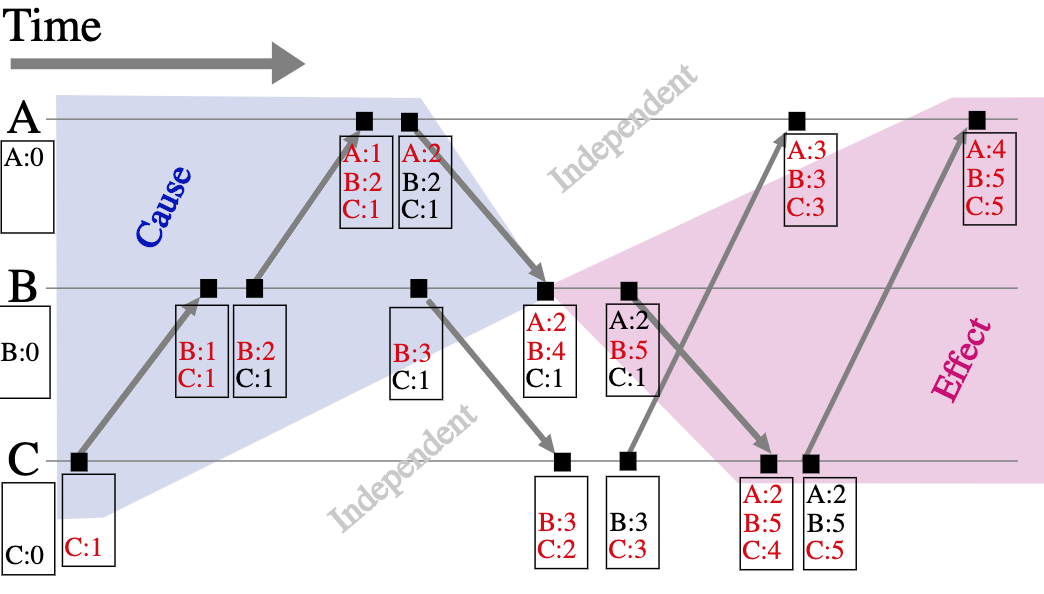 Brewer’s conjecture: it is impossible to attain all three of the following properties simultaneously in a distributed system:

More precisely we can describe the principle as:

in the event of a network partition (P), the system must choose either consistency (C) or availability (A) and cannot provide both simultaneously

CP system: in the event of partition, choose C over A (ex. distributed ACID database)

AP system: in the event of partition, choose A over C (ex. eventually consistent system with hinted handoff)

If there is a network Partition then choose between

strong consistency (in the context of key-value storage systems):

Partial quorums can be tuned per-request on the client side.

In general read ONE / write ONE settings do not provide AP.

Instead use sloppy quorums where the set of replicas can change dynamically.

hinted handoff: an arbitrary node can accept an update for a given key and holds the update until one of the proper replicas becomes available

Executed by coordinator, which the client connects to. Coordinator sends update to all replicas of a row. Consistency level determines how many acks the coordinator waits for.

Executed by coordinator which contacts all replicas of a row using two types of requests: