data model: determines the nature of the metadata and how retrieval and revision is expressed

schema: collection of metadata conforming to an underlying data model

database instance: collection of factual data as defined by a given database schema

conceptual schema: description of logical structure of all data in database

Idea: Applications do not access data directly but, rather through an abstract data model provided by the DBMS

transaction: an application-specified atomic and durable unit of work

Answers: all k-tuples of values that satisfy

universe: a set of values with equality () defined

relation: predicate name , and arity of (# of columns)

Relationships between objects (tuples) that are present in an instance are true, relationships absent are false

domain independent query: a query such that

for any pair of database instances and for all

Theorem: every domain independent query can be written equivalently as a range restricted query

What cannot be expressed in relational calculus?

RC is not turing complete 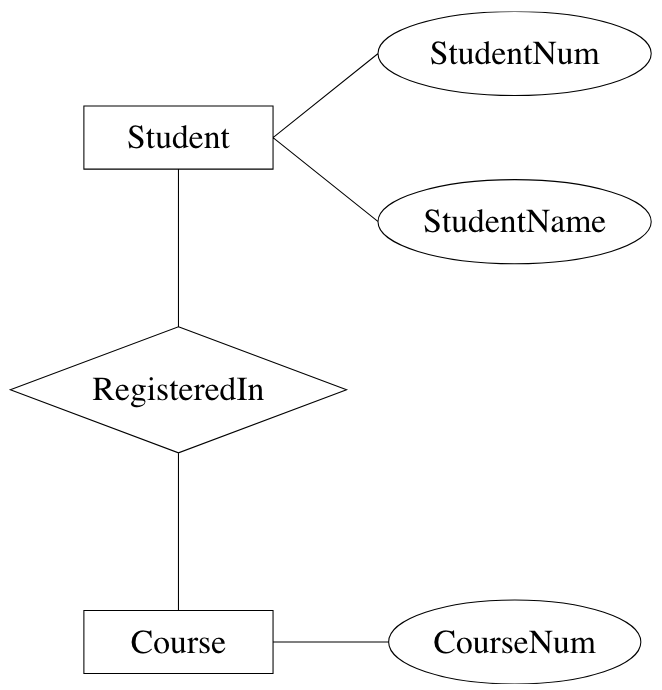 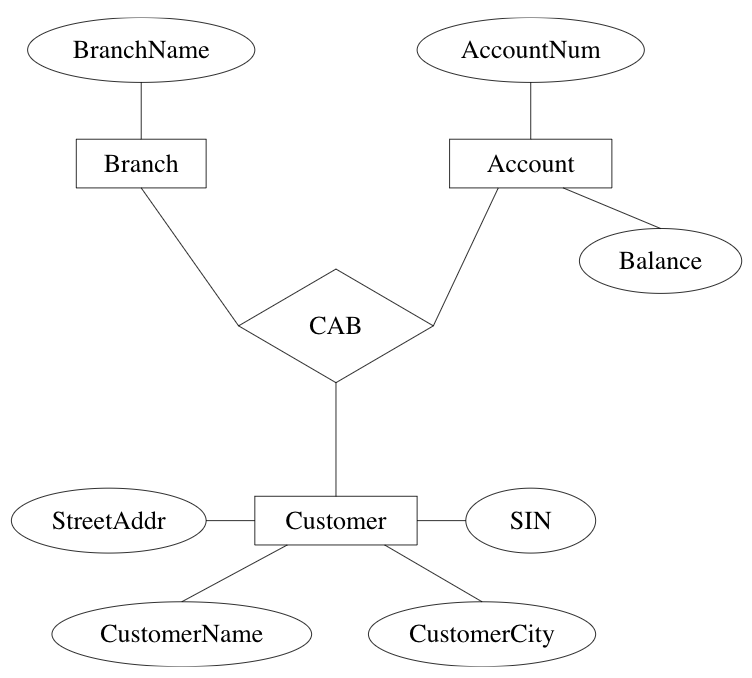 role: function of an entity set in a relationship set 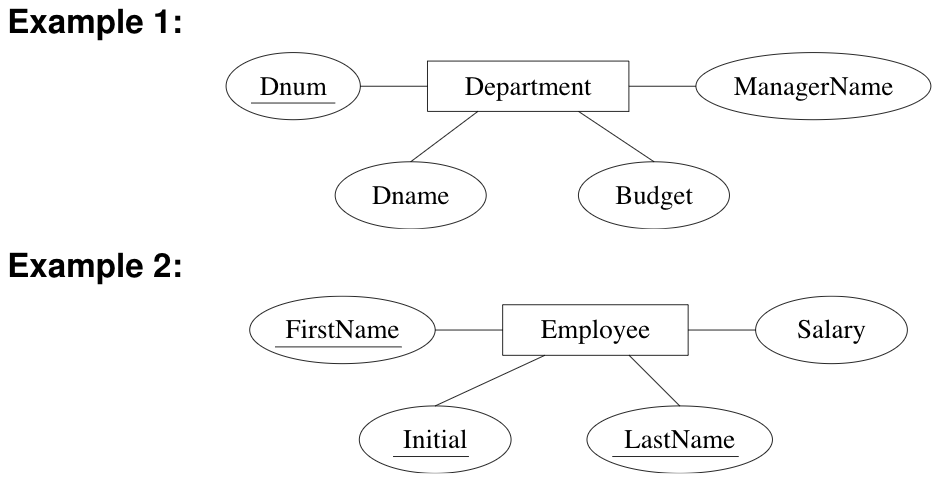 many-to-many (n:n): entity in one set related to many entities in other set, and vice versa (default) 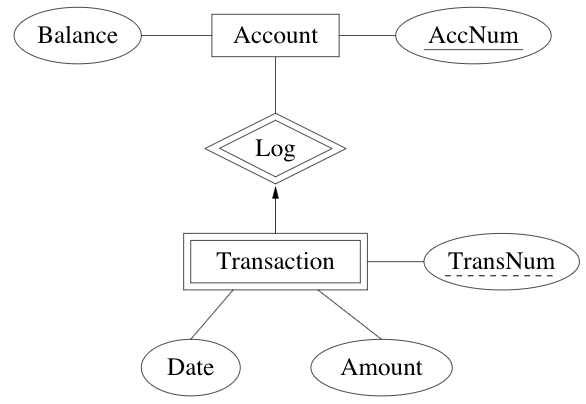 discriminator of a weak entity set: set of attributes that distinguish subordinate entities of the set, for a particular dominant entity 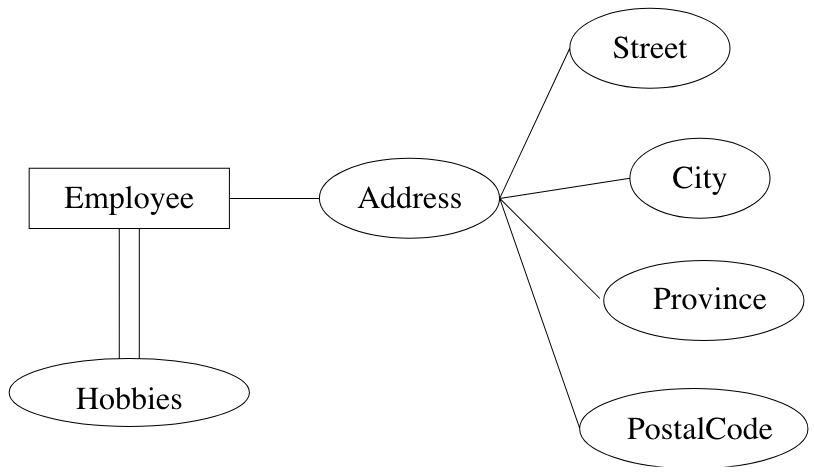 Example: accounts are assigned to a given student enrollment 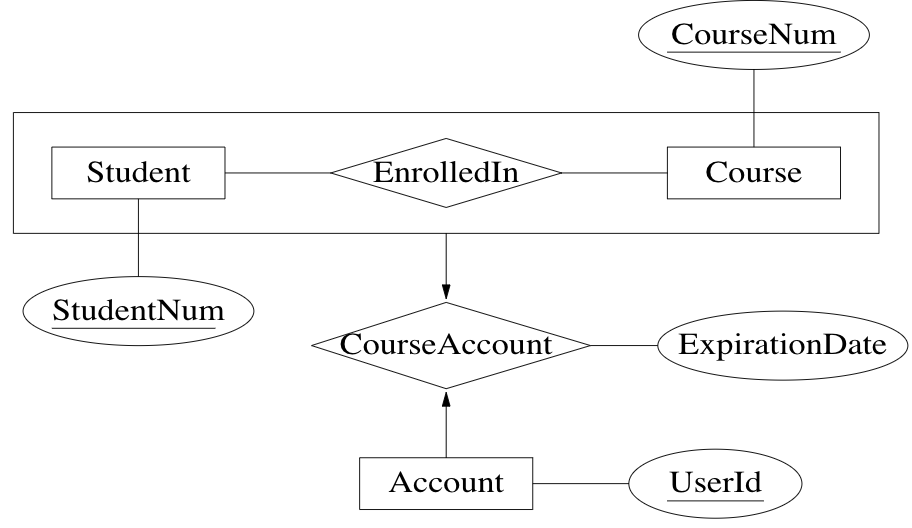 specialization: specialized kind of entity set may be derived from a given entity set

Example: grad students are students who have a supervisor and a # of degrees 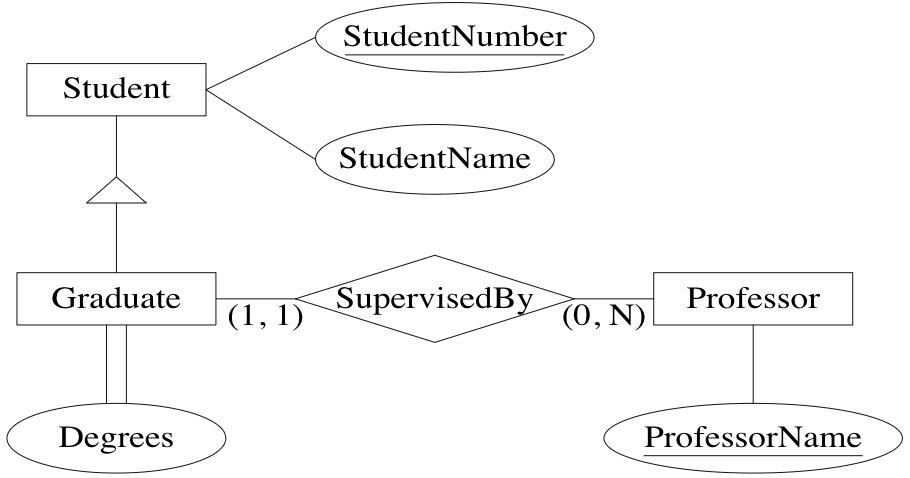 Example: vehicle abstracts the notion of a car and a truck

disjointness: specialized entity sets are usually disjoint but can be declared to have entities in common

Example: to accommodate utility vehicles, they can be both a car and truck via OVERLAPS 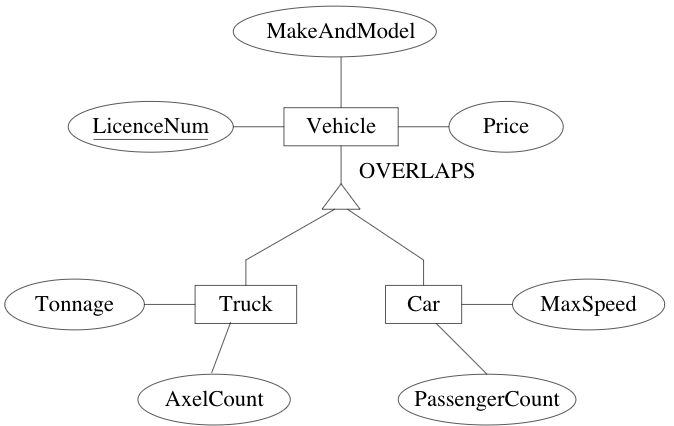 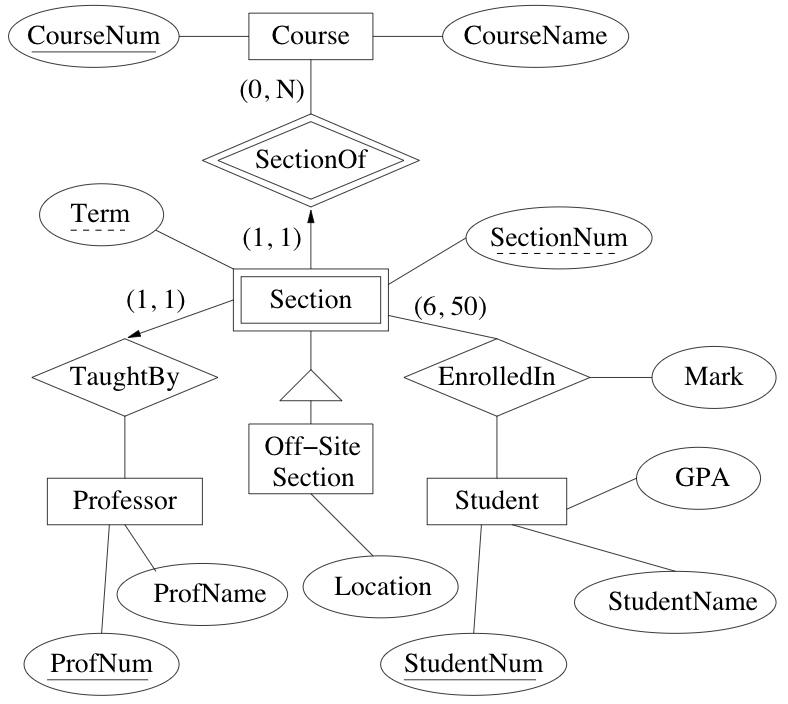 Problems that occur in poorly planned, un-normalized databases where all data is stored in one table.

deletion anomaly: a piece of data may be validly deleted, causing the unintentional deletion of another piece of related data

A set logically implies a FD if holds in all instances of that satisfy .

Closure of is the set of all FDs that are logically implied by . 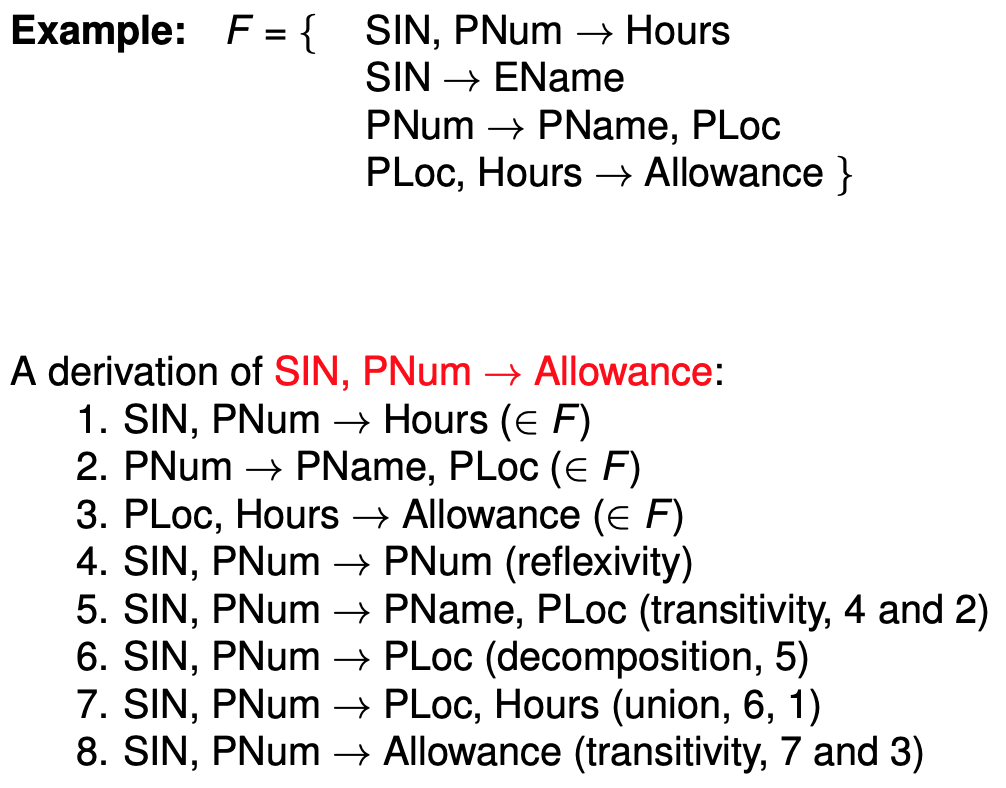 is a superkey for relation schema if dependency holds on

A decomposition of is lossless iff the common attributes of and form a superkey for either schema, that is

In other words, re-joining the decomposition always produces the exact same tuples as in the original relation . 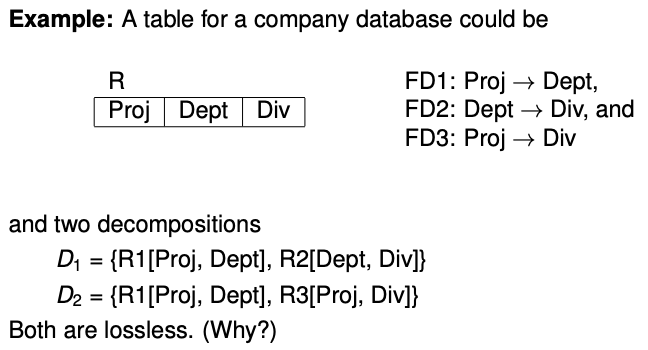 A decomposition is dependency preserving if there is an equivalent set of FDs, none of which is interrelational in .

Schema is in BCNF w.r.t. iff whenever and then either

Formalizes the goal that independent relationships are stored in separate tables.

Schema is in 3NF w.r.t. iff whenever and then either

All data in cells is atomic.

How are queries executed?

Each implementation of a relational algebra operator:

When index is available, we replace a subquery with accessing directly.

Even if index is available, scanning entire relation may be faster if:

Generate all physical plans equivalent to the query, and pick the one with the lowest cost.

For a stored relation and attribute we keep the following to estimate the cost of physical plans:

Transaction is a sequence of operations:

For a set of transactions , we want to produce a schedule of operations such that

recoverable schedule: no operations are non-recoverable

cascadeless schedule (ACA): does not have cascading abort

For every operation that a scheduler receives from a query processor, it can:

Transactions must have a lock on objects before access

2PL protocol: transaction has to acquire all locks before it releases any of them

Logs are read/append only, and transactions add log records about what they do. 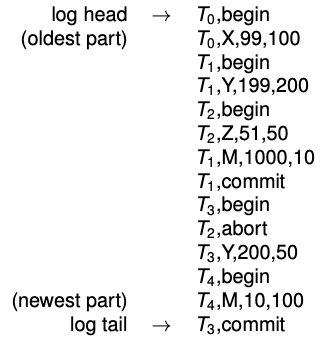 tuning: periodically adjusting physical or conceptual schema to adapt to requirements via:

Both of the above rely on understanding the workload.

An index on attribute of a relation is clustering if tuples with similar values for are stored together in the same block.

A relation has at most one clustering index.

Two relations are co-clustered if their tuples are interleaved within the same file.

partitioning: of a table means to split it into multiple tables to reduce bottlenecks